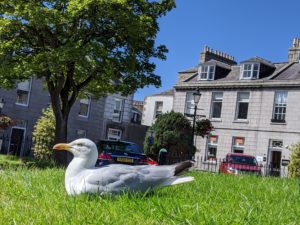 Recently I spent a couple of hours sitting outside on a granite slab, looking for a subject to draw. I must admit that I couldn’t resist their mewling beg entirely and so I did share a biscuit with them, observing them. They kept an arm’s length away from me most of the time. Not moving for long periods of time, one of the gulls decided to lie down next to me and enjoy the sunlight.

When I say gulls I don’t mean the dainty gulls that dreamily weave about the french coast. These are scavengers. Especially adept at stealing food from unassuming tourist, dive bombing unprepared students and getting into fights with local wildlife. But maybe you know them already. If not you might want to read the Urban Gulls Survivors Guide, published by Aberdeen City Council.

I drew this digitally with the pencil took in AdobeFresco. I discovered Fresco a little while ago and just fell in love with the textures of its brushes.

The entire drawing took me about 4 hours to complete, although it must be said that I took the occasional break to lie in the sun and relax to sound of the gulls screeching and cawing. The iPad that I used also heated up quickly in the intense sunlight as well as using up a lot of its battery power. Nonetheless, this is a great way to sketch and/or get into sketching digitally.

If you’re interested in seeing some of the process as a video, have a look at my Instagram here: VisitVeronique. 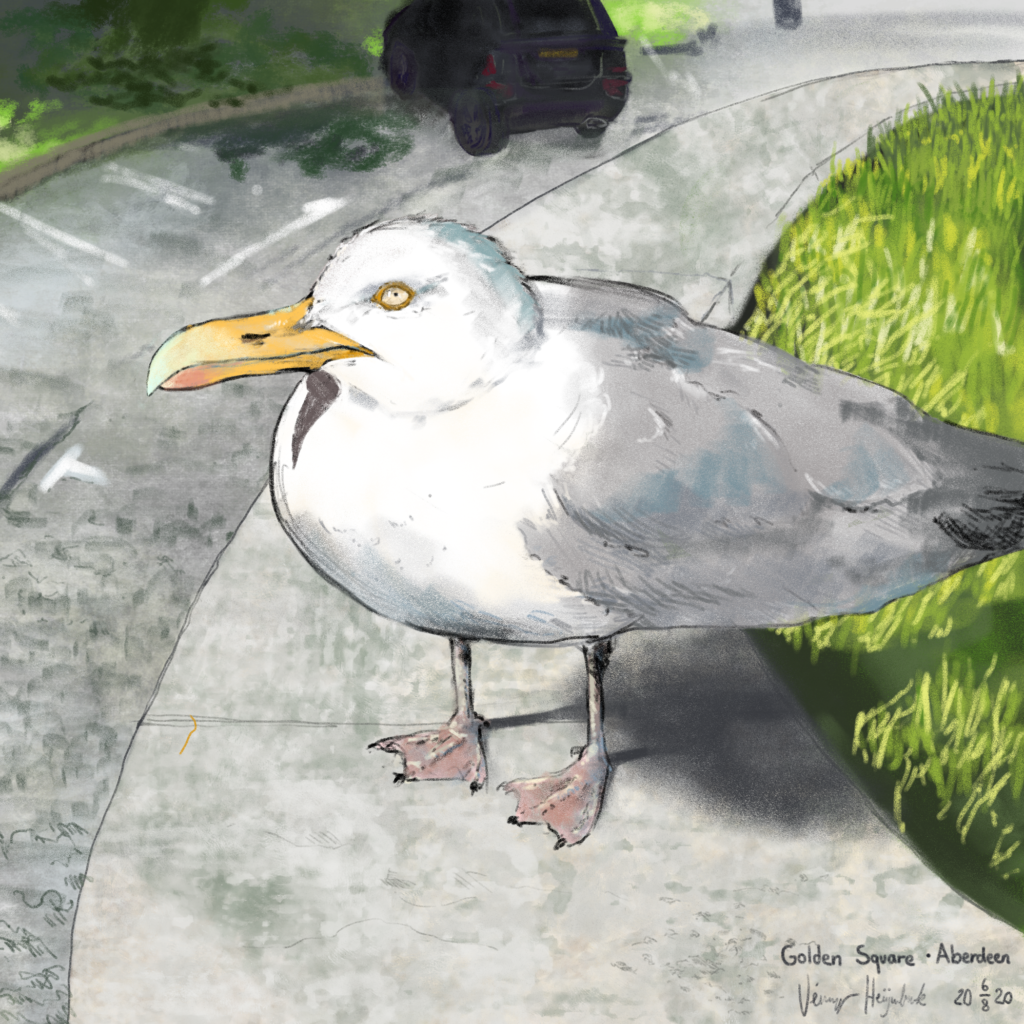